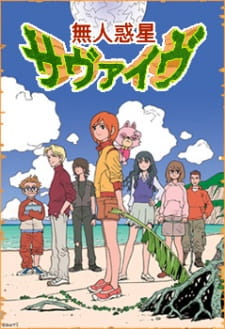 The story is set in the 22nd century where space travel, planet colonization and anti-gravity basketball are practically everyday things. Planet Earth has become uninhabitable, and therefore people live in colonies on the surrounding planets. On a school field trip, a mistake causes the protagonist, a young transfer student named Luna, her pet robot, and six of her classmates to be thrown through a gravity storm and crash land on a seemingly uninhabited planet. Without any experience of untamed nature, the motley crew is faced with a challenging struggle to stay alive until rescue comes. If it comes... But is the planet really uninhabited....?